A year from now you may wish you had started today 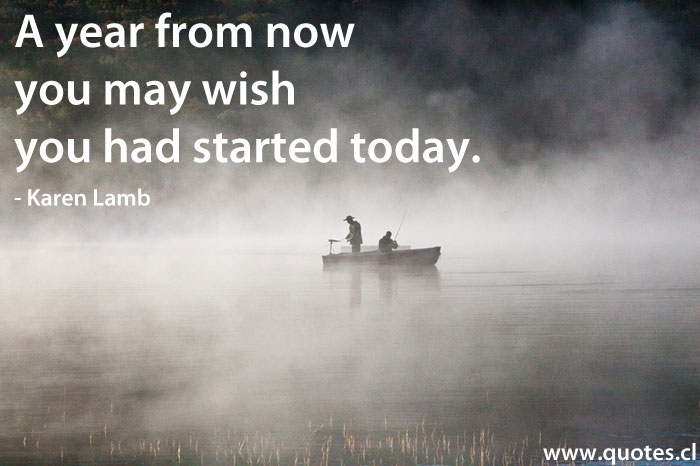 A year from now you may wish you had started today. – Karen Lamb

So why leave things until later… DO IT NOW!

People are very good at putting things off, leaving them until later at that supposedly magical time in the future where the task or activity will miraculously become easier to do.
Well I’m sorry, it will be just as difficult in the future as it will be now. So why leave it until later?

Imagine if you had started to learn how to do something a year ago like playing the guitar or learning a language.
Do you think that in this last year you could have advanced a little and could now play a couple of simple songs?
Or in the case of learning a language do you think that within the last year you would have learned how to string together a few phrases or at least not be so lost in that foreign country? The answer is YES!
Yes, it IS possible BUT you needed to have started first.

A year from now, what would YOU like to achieve?
How can you achieve that goal?
By starting TODAY!