Don’t care about what other people think of you 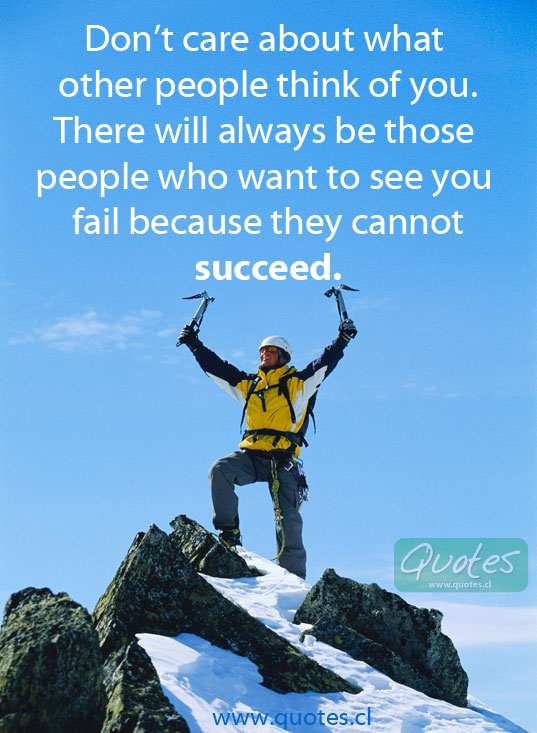 Don’t worry about what other people think of you and any negative comments they may make.

They often do that out of jealousy.

And from our personal experience, it seems the more successful you are, the more people try and bring you down.

Just think of a new famous singer.
Have you noticed how there are always haters, people that try and trash that artist and say how terrible they are?
Why?
Many times it’s because of jealousy. Or maybe a realization that they will never achieve that level of success (maybe when they were younger they imagined themselves as a famous rockstar or singer… which never happened), and they feel a need to take it out on someone.

And it’s not just for famous people.
The bullying of nerds. Maybe it’s because of the jealousy (or frustration) that they will not be as intelligent as the nerds.
Or how about successful athletes, some people want to see them fail out of jealousy because they don’t have the same physical attributes or abilities.

Don’t care about what other people think of you.
There will always be those people who want to see you fail because they cannot succeed.